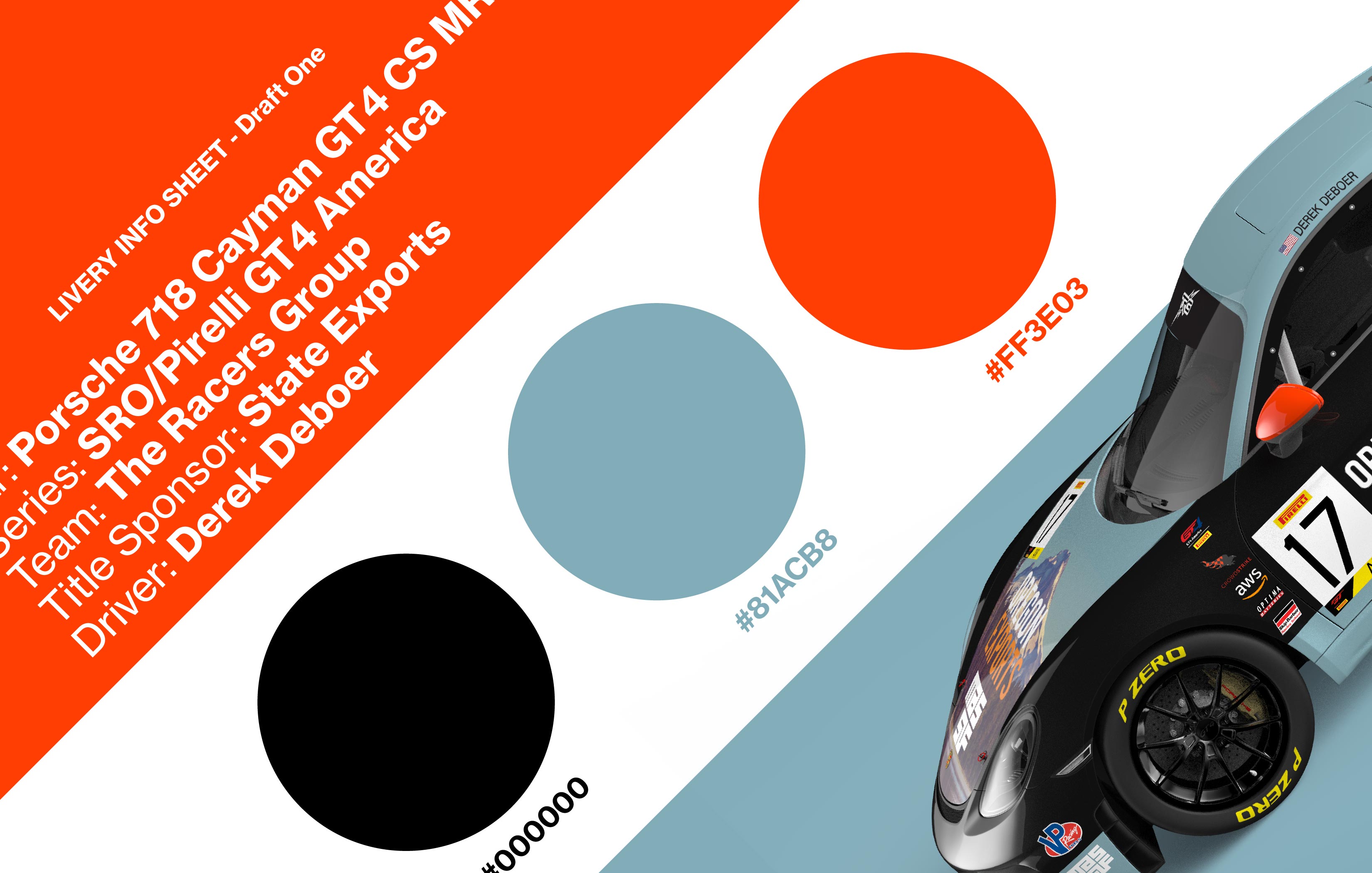 The following render sets were created in collaboration with SRO GT4 driver Derek Deboer. As the racing season draws to a close, drivers typically begin reaching out to prospective sponsors as they create sponsorship packages for the upcoming racing season. One of the most effective design tools to help aid in this process is product rendering. As important as the market data and industry fit is for a prospective sponsor, a set of high quality photo-realistic renderings goes a long way to truly cement the sponsorship package being pitched by visually conveying the final product in all its glory. 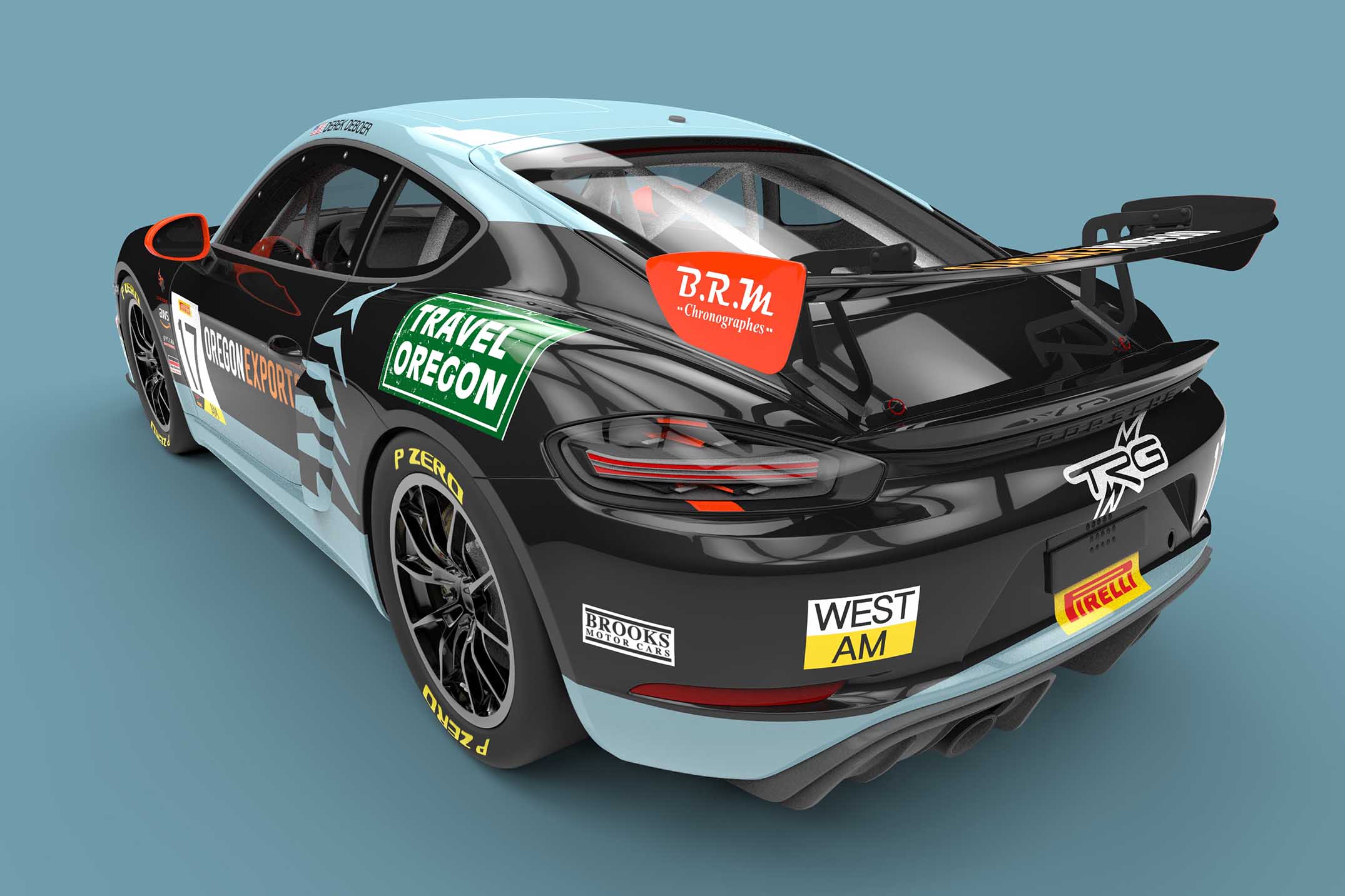 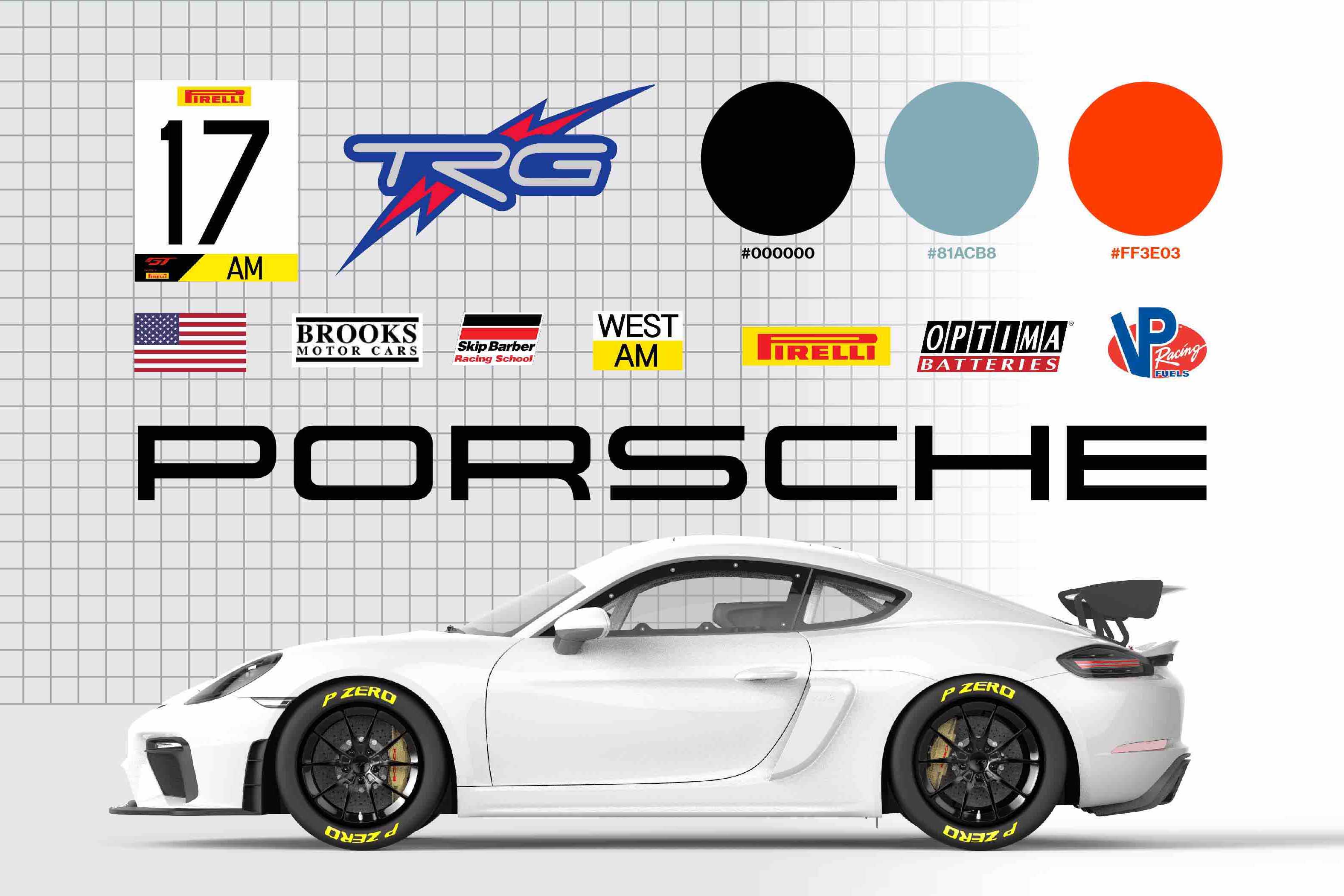 In conjunction with the renderings, we also worked to design the livery for the Porsche Caymen GT4. Generally, the reason we don’t see complex or intricate liveries in sports car racing is because these liveries have to play well with multiple title and secondary sponsors, with some sponsors only signing partial season deals and being swapped with another sponsor mid season. As a result, we went with a more subtle design language that could easily accommodate a wide range of sponsors while still encompassing the title sponsor’s brand. 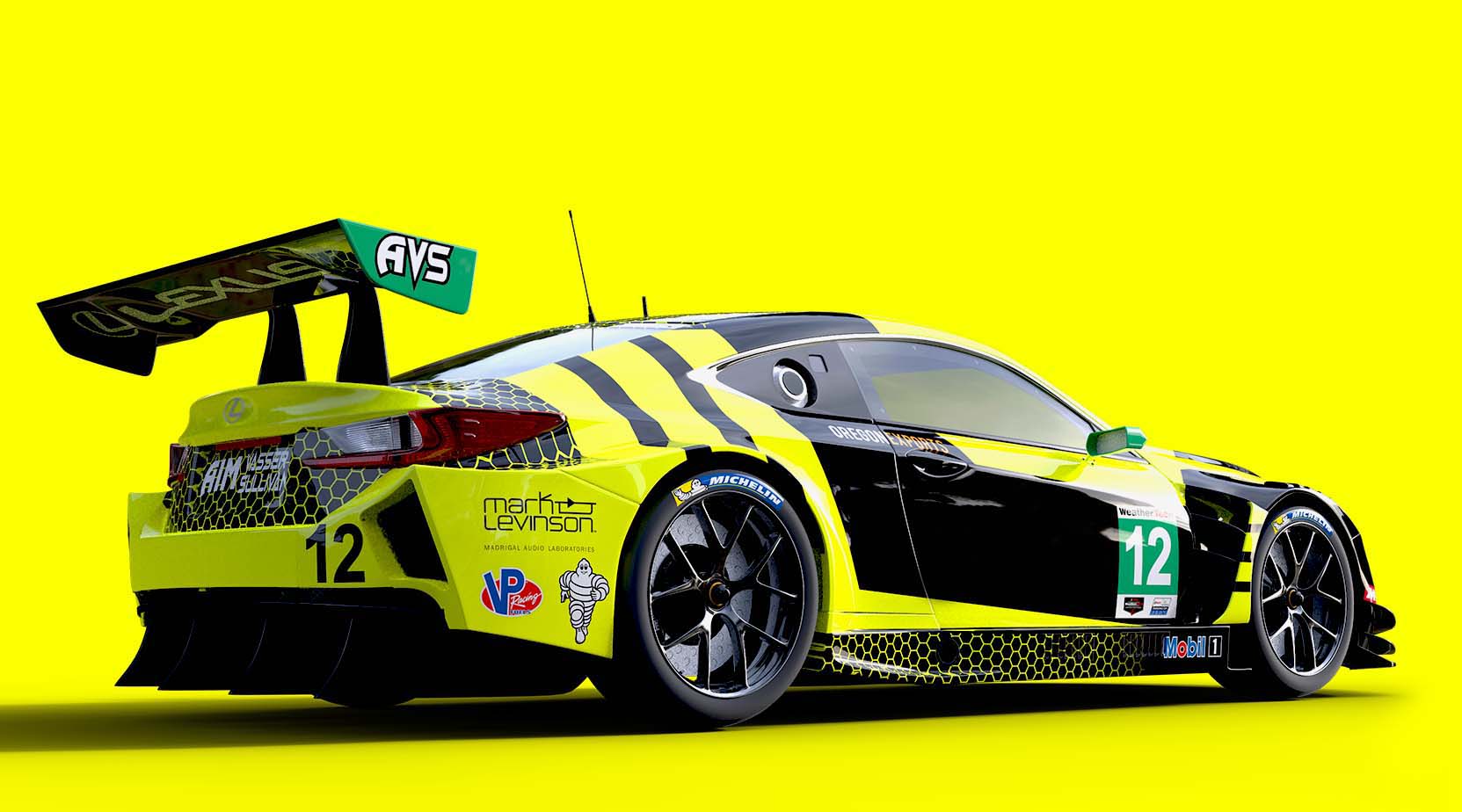 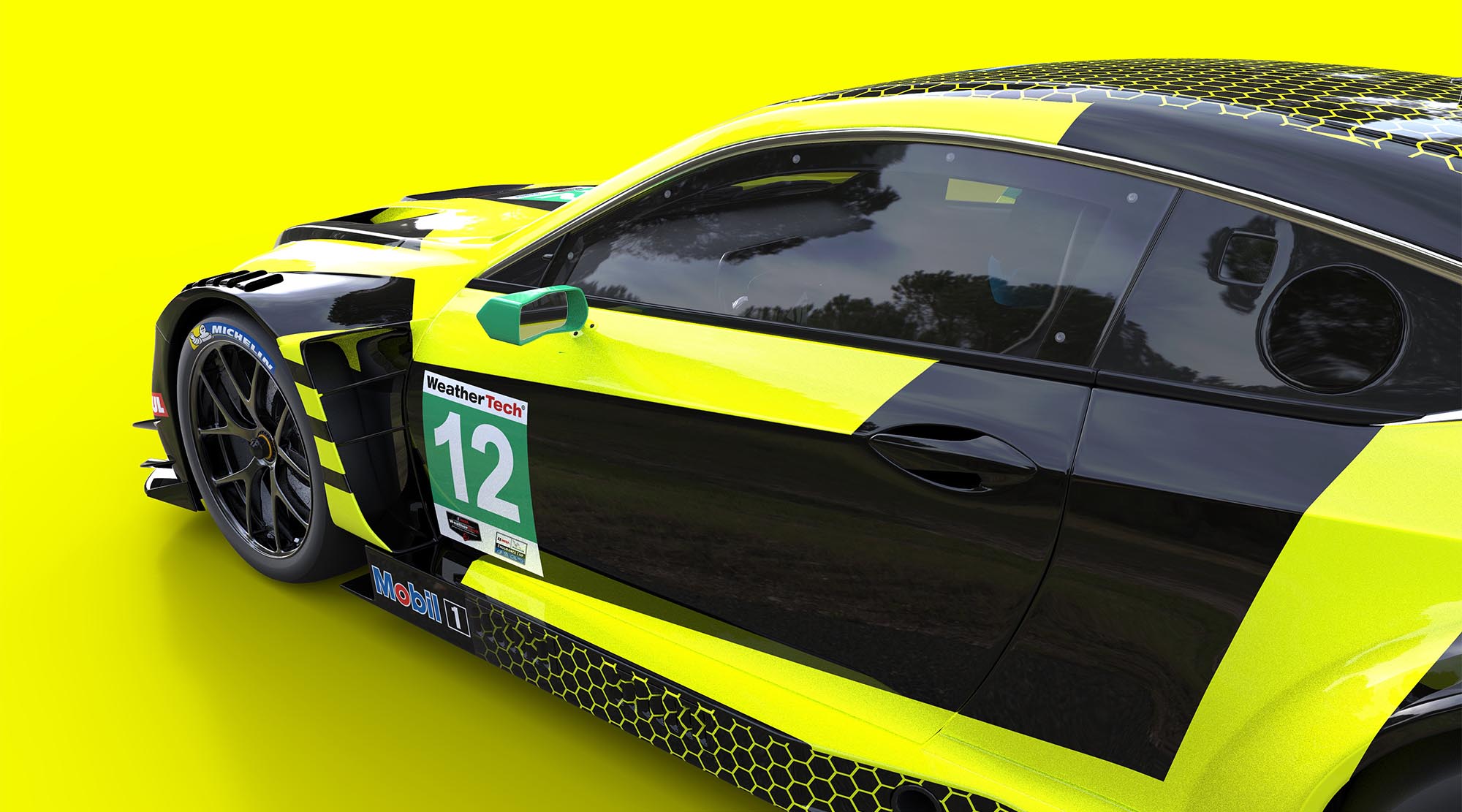 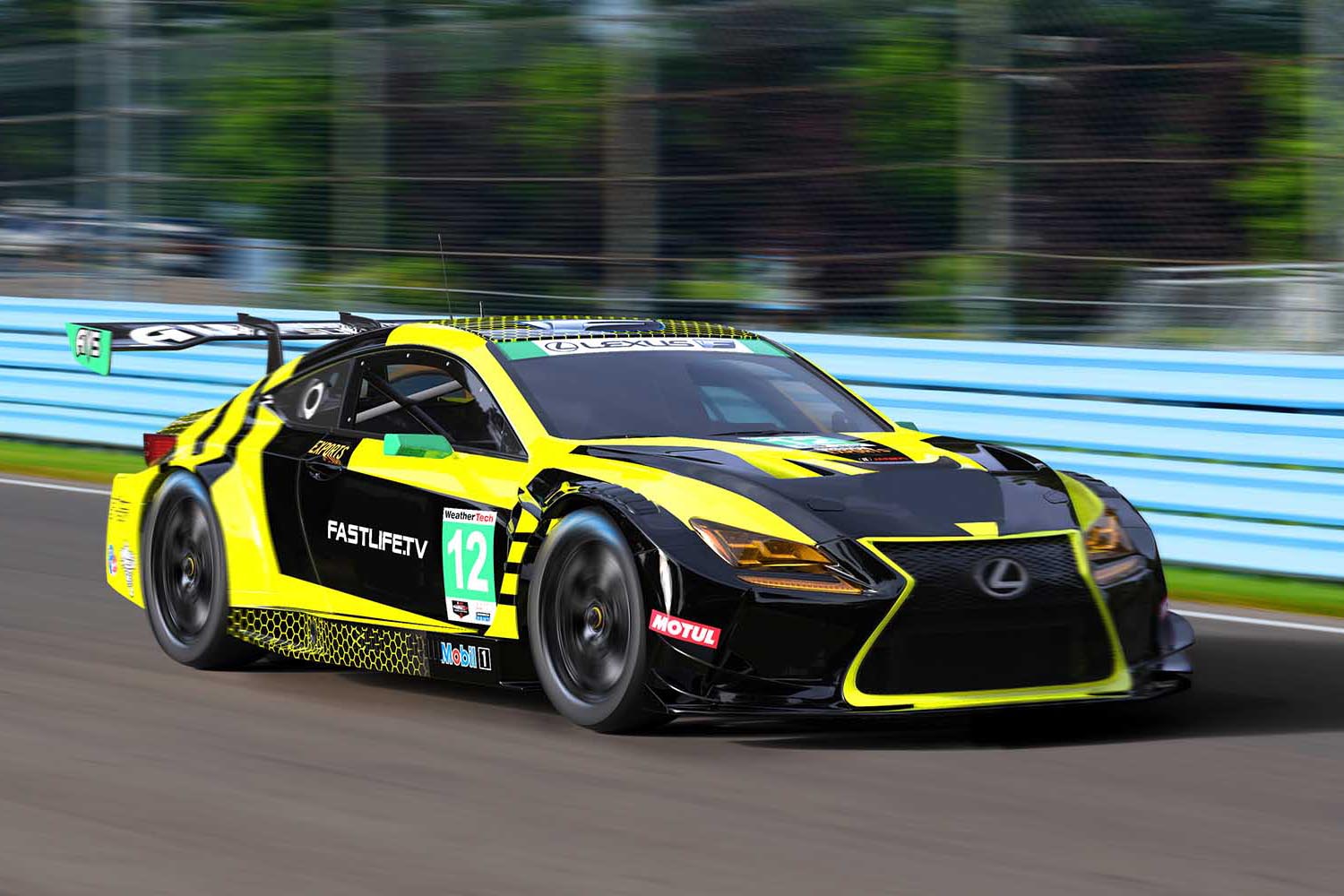 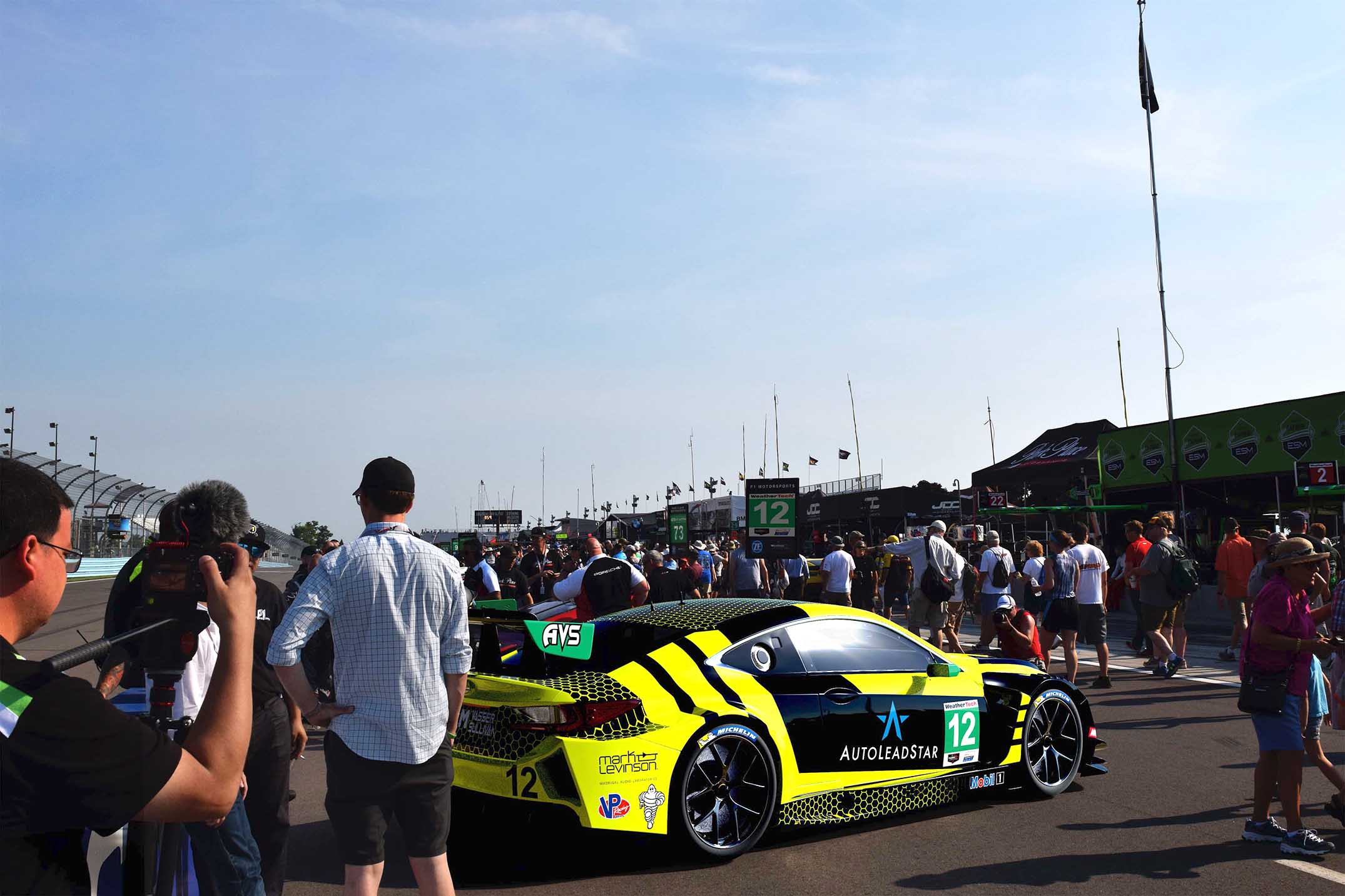 The proposed sponsorship package traversed both SRO GT World Challenge and IMSA, as the set also included the IMSA GTD Lexus RC-F. This car's livery already existed, and was digitally re-created from scratch by Grand Prix Studio to match the real car bit for bit.